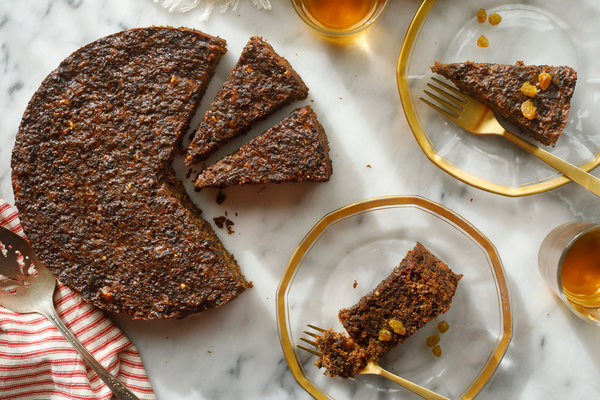 1 lb — (4 sticks) unsalted butter, plus more for the pans

1 Combine the prunes, raisins, dates, currants, both kinds of cherries, the candied citrus peel, 2 cups of the rum and all the brandy in a large container with a tight-fitting lid. Let sit at room temperature for at least 2 days and up to 1 year. 2 Shake or stir the mixture occasionally.

3 When ready to bake, combine the macerated fruit mixture with its liquid and the almonds in a blender or food processor and process in batches, using extra brandy to loosen. Grind to a coarse paste, leaving centimeter-size chunks of some of the fruit intact for texture.

4 Pour the granulated sugar into a heavy-bottomed pot over medium-high heat. Cook, stirring occasionally with a wooden spoon, until the sugar has melted and caramelized until almost black; it will smoke a bit and it’s much darker than you’ve caramelized sugar before. Turn off the heat, then carefully add the boiling water (furious steam here), stirring to incorporate. It may stiffen up before you add some of the caramelized sugar to the batter, just return the pot to a burner on low heat, which will loosen it up again.

5 Preheat the oven to 250 degrees. Use butter to grease three 9-inch or four 8-inch pans, then line the bottom of each with a double layer of parchment paper.

6 Combine the 4 sticks of butter and the dark brown sugar in the bowl of a stand mixer or hand-held electric mixer; beat on low, then medium speed for several minutes, until light and fluffy. Stop scraping down the bowl. On low speed, beat in the eggs, one at a time, then add the lime zest, vanilla extract and the Angostura bitters, beating until well incorporated. Scrape the very wet batter into a very large mixing bowl.

7 Combine the flour, baking powder and cinnamon on a sheet of wax paper or parchment paper. Fold the flour mixture by hand into the butter mixture, then gradually stir in the macerated fruit paste and 1/4 cup of the black/caramelized sugar. This is a very heavy batter, and stirring will take muscle; you might want to divide among a couple of bowls for mixing in a stand mixer; you can use a dough-hook attachment. The batter should be the color of dark walnuts; if the color seems too tan or light, stir in more or all of the black/caramelized sugar as needed.

8 Divide the batter among prepared pans, filling them almost to the top. Bake for 1 hour, then reduce the temperature to 225 degrees; bake for about 2 hours, or until a tester inserted into the center of each cake comes out clean. Transfer the cakes, in their pans, to wire racks to cool.

9 While the cakes are cooling, baste them with some of the remaining cup of rum every few minutes until the cakes are cool and/or no longer absorb rum. They will absorb several tablespoons each; you may not use all the rum.

10 When completely cool, invert the cakes onto plates. The cakes are ready to serve, but will taste better if they sit for at least a few days. 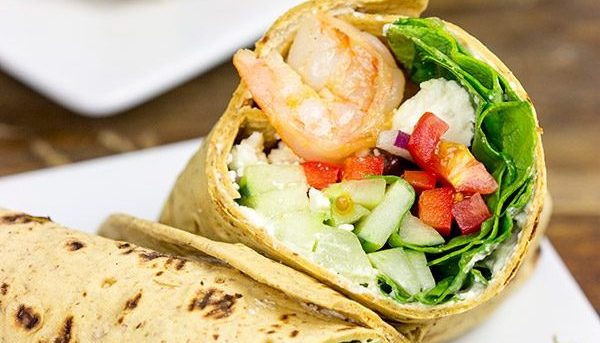 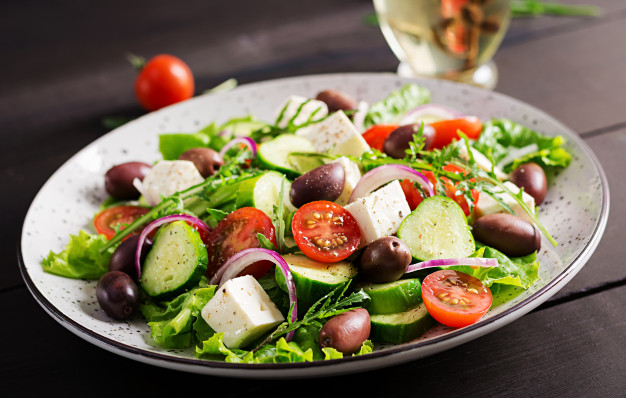 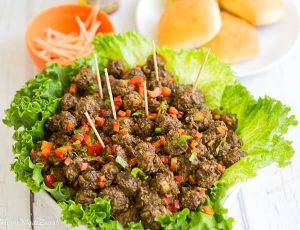 Sign up as an online shopper. View order management and members features.

Sign up
Welcome to Door to Door Port of Spain